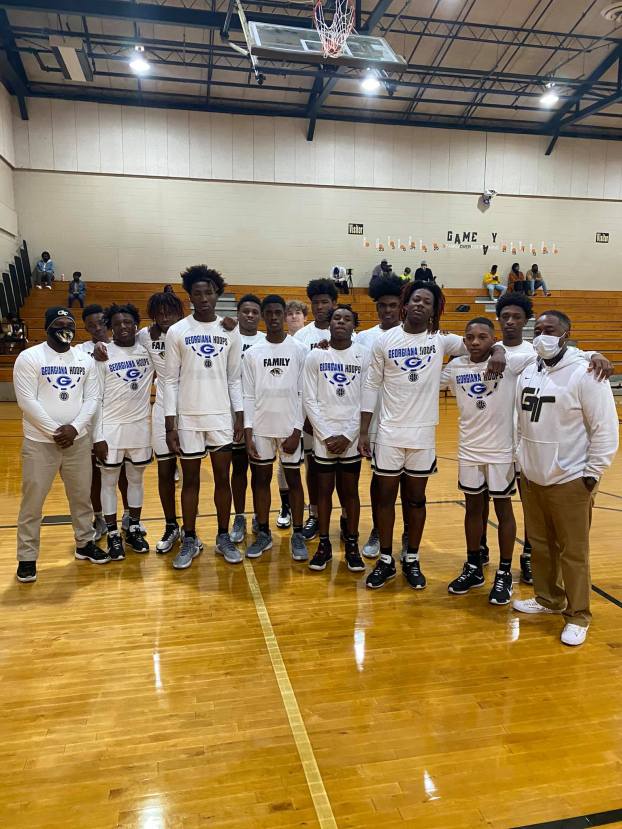 After being exposed to a positive case of COVID-19, the Georgiana Panthers were forced to cancel their game against Winterboro for the Southeast Regional semifinals, ending their season with a 16-12 record.
“The kids are taking it pretty hard,” said Georgiana coach Kirk Norris. “It’s especially been hard for our seniors because they won’t get to have that experience again. My heart definitely goes out to them.”
However, despite being done for the season, the Georgina Panthers made a surprise appearance during Greenville’s recent regional semifinals game.
As they took the court to warm-up for the game, the Greenville Tigers showed their support for Georgiana by wearing their warm-up clothes.
“I thought that was very respectful,” said Coach Norris regarding the gesture. “We compete, but our kids grew up with each other. The schools in our district are like a family.”
According to Greenville coach Marcus Mickles, the idea to wear Georgiana’s warm up clothes came from a student during a discussion the day before the game. “All the guys know each other, and we were really sorry about what happened to them,” said Mickles. “So, the Friday before the game, one of our players brought the idea to my attention and I contacted Coach Norris to get his permission.”
Mickles said a lot of positivity has come to the team in response to the gesture. “We made a post about it on Facebook and a lot of people, including the kids from Georgiana, were wishing our guys good luck in their game.”
Mickles also says the team is considering wearing the clothes again. “If we make it to Birmingham, were thinking of doing it again in front of that larger crowd.”