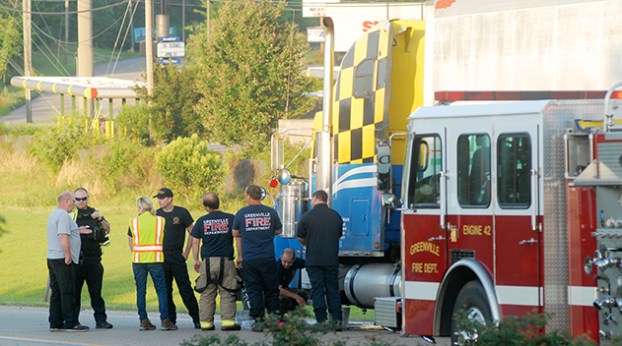 A truck accident that involved a diesel spill closed the southbound entrance ramp to Exit 130 in Greenville last Thursday.

The Greenville Police Department was notified of the accident shortly after 6 a.m. and the Greenville Fire Department responded and units discovered a large diesel spill on the ramp and on a portion of Fort Dale Road near the ramp.

“When we arrived, about 150 gallons of diesel had spilled,” Butler County EMA Director Kris Ware said. “It took a while to get the leak stopped.”

The truck drive told police he was sideswiped and the tank was damaged and began to leak.

“We had to contact a special wrecker out of Evergreen,” Ware said. “Conerly’s came and had to remove the truck and clean up the hazmat spill. “

It took several hours for the spill to be cleaned up and the truck to be removed. The ramp was reopened by around 8:30 a.m.