Greenville native Alvin Briggs has made a career of playing and coaching football for most of his adult life.

In 2011, he stepped away from the field and into the office of the Alabama Athletic Association (AHSAA). His first position at AHSAA was as the director of the AHSAA Directors and Coaches Association.

Monday, he was promoted to the position of AHSAA Associate Executive Director. Briggs replaces Tony Stallworth who had served in the position since 2011.

While he may not be competing against another team anymore, Briggs feels like he’s joined another team.

“The people I work with at AHSAA are mostly ex-coaches and players just like me,” he said. “So, it really feels like a team. We all have to have each others backs and as one person succeeds, we all succeed.”

William Brandon Dean was named the assistant director of the AHSAA the same day Briggs was promoted. AHSAA Executive Director Steve Savares is confident in Briggs and Dean in these positions.

“The AHSAA is very fortunate to have such outstanding individuals already on staff that are capable and ready for these new challenges,” he said.

Briggs started all four years for the Greenville Tigers’ varsity football team from 1979 through 1982. He said the City of Greenville shaped his life in a positive way.

“I just remember the whole community supporting our athletics and anyone else involved with the teams,” he said. “Growing up in a small town like Greenville, we all played just about every sport. We were lucky to have men of great character that molded us into young men. It truly made a lasting impact on my life.”

Briggs was a standout for the Tigers playing defensive back, wide receiver and even some quarterback. The decision to play college football wasn’t hard, but Briggs did need some help deciding which college he would attend.

“One of my closest friends at Greenville was Tommy Powell,” Briggs explained. “He was a senior when I was a junior. Tommy was already at Auburn my senior year at Greenville and really urged me to join him and play for Pat Dye. He made the decision to attend Auburn pretty easy.”

Briggs entered is freshman year at Auburn in 1984 as wide receiver. Powell felt he’d be better suited at another position on the field.

“Tommy really wanted me to come over to defensive back and so did Coach Dye,” he said. “So, one week before my very first college game, I swapped to defensive back. After a few games, I was starting for Auburn.”

Through three seasons, Briggs had nine interceptions. His junior year he recorded five picks, which was second best in the Southeastern Conference (SEC) for the 1986 season.

“I learned a lot of things at Auburn playing football that continue to help me today,” Briggs said. “Accountability for yourself was a big lesson. We had a lot of unbelievable athletes on those teams, and not just Bo Jackson. You had to be ready to compete each and every day at practice. Most days were all out wars on the practice field.”

Briggs was a part of Auburn’s 1987 SEC Championship team. After his senior season at Auburn, Briggs was drafted by the Dallas Cowboys, but only played in the National Football League for one year.

“It was an honor to be drafted by the Cowboys into the NFL, but my body just couldn’t put up with what all professional football asks of you,” he said. “That’s when I came back to teach at Greenville Elementary before taking a graduate assistant position for the University of North Alabama’s football team.”

Briggs served as a GA then an assistant at UNA for 10 years before taking over as the Greenville’s head football coach in 2001. He remained the head coach of the Tigers until 2005.

“Coming back to Greenville to coach was a special moment in my life,” he said. “It was a great opportunity for me give back to my hometown. Hopefully, I touched some lives in my five years.”

It was after the 2011 season when Briggs decided to join the AHSAA.

Briggs said he’s just started his new job and is setting goals for what he wants to accomplish.

“Tony (Stallworth) is a very close friend and did an excellent job as the associate executive director,” he said. “I’ve got some very big shoes to fill, but I’m extremely excited. I owe a lot to the people who have influenced me through the years. The people of Greenville are right at the top of that list.” 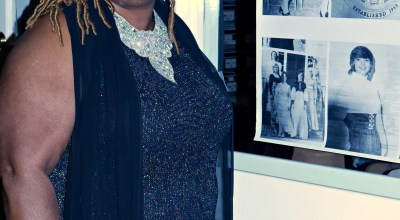 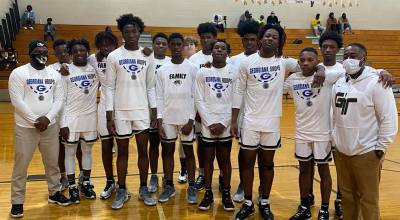